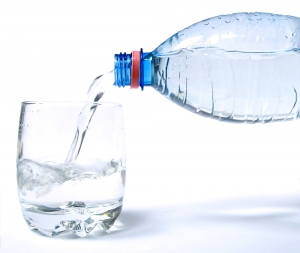 Swapping your soda for water — or at least diet soda — really can help you shed a few pounds, a new clinical trial finds.

A common piece of advice in the battle of the bulge is to replace sugar-sweetened drinks with water or other calorie-free thirst quenchers.

But while that advice is logical, there hasn’t been research to show whether changing your drinking habits alone actually works.

So for the new study, researchers randomly assigned 318 overweight adults to one of three groups: one that replaced sugary drinks with water; one that substituted with diet beverages; and one that was given weight-loss advice and could make diet changes of their choice.

After six months, all three groups lost four or five pounds, on average.

But the two groups that cut sugary drinks were more likely to shed at least five percent of their starting weight: 20 percent did, versus 11 percent of the comparison group.

A five-percent weight loss is considered “clinically meaningful” — or enough to see health benefits like a drop in blood pressure, said lead researcher Deborah F. Tate, of the University of North Carolina at Chapel Hill.

People who need to lose weight often find a diet overhaul too daunting. But swapping a couple sweet drinks for sugar-free alternatives may seem relatively easy, according to Tate.

“This is a simple thing you can do consistently each day,” she said in an interview.

On average, people in this study lost around two percent of their body weight. That’s not huge, but it’s a move in the right direction, the researchers say.

“It might be a good first step,” Tate said. After getting used to calorie-free drinks, she said, you can add changes to your eating habits.

The findings, reported in the American Journal of Clinical Nutrition, are based on adults who were significantly obese, on average, and were downing at least 280 liquid calories each day (excluding milk).

The two beverage groups were told to replace two of those daily drinks with water or diet beverages. The third group was given general weight-loss information, but could make their own diet decisions. All three groups had monthly meetings and access to a group website.

After six months, all three groups had a similar average weight loss.

The water group, however, shaved several points off their blood sugar and blood pressure levels — more than the diet beverage group.

It’s not clear why that is, Tate said. But the water group had better hydration levels, which might help explain the improved blood pressure.

“For other health reasons, water might be better” than diet drinks, Tate said. She added, though, that diet versions of people’s favorite drinks might be easier to stick with for the long haul.

Some past studies have found that people who regularly drink diet soda actually have a higher diabetes risk than folks who steer clear of artificially-sweetened drinks.

But the reasons for that connection are unknown, and it might not be anything about diet drinks per se.

Tate said that longer-term follow-up of the people in this study will offer a way to look at that question. By and large, participants had not been drinking diet beverages before the study; so the researchers can look at whether switching to diet has any negative effects on blood sugar or other health markers.

The study was funded by Nestle Waters USA.