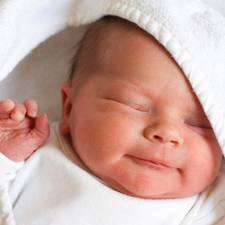 A father’s testosterone level drops steeply after his baby arrives, showing that human males are biologically wired to care for their offspring, a U.S. study out Tuesday showed.

Researchers from Northwestern University, Illinois, followed a large group of men in their 20s and found testosterone levels fell after they found partners and became fathers.

They said the effect is the same in many other species in which males take care of dependent offspring, as testosterone boosts behaviors and other traits that help a male compete for a mate.

This “mating-related” behavior, however, can conflict with the responsibilities of fatherhood, so when males do have children it becomes advantageous for the body to reduce production of the hormone, according to the study.

Christopher Kuzawa, co-author of the study, said, “Raising human offspring is such an effort that it is cooperative by necessity, and our study shows that human fathers are biologically wired to help with the job.”

The new study’s findings also suggest that fathers may experience an especially large, but temporary, decline in testosterone when they first bring home a baby, as fathers adjust to the demands of having a newborn.

Previous studies had shown that fathers tended to have lower testosterone levels, but they were not conclusive regarding whether fatherhood diminished testosterone or whether men with low testosterone in the first place were more likely to become fathers.

He added, “Our findings suggest that this is especially true for fathers who become the most involved with child care.”

The study, which followed a group of 624 males aged 21.5 to 26 years old for 4.5 years in the Philippines, was published in the scientific journal, Proceedings of the National Academy of Sciences.