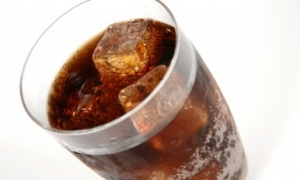 Diet soda may benefit the waistline, but people who drink it every day may have a heightened risk of heart attack and stroke, according to a new U.S. study.

Although the researchers, whose work appeared in the Journal of General Internal Medicine, found that older adults who drank diet soda every day were 44 percent more likely to suffer a heart attack, their research did not prove that the sugar-free drinks alone were to blame.

There may be other things about diet-soda lovers that explain the connection, said lead researcher Hannah Gardener, of the University of Miami Miller School of Medicine, and her team.

“What we saw was an association. These people may tend to have more unhealthy habits,” she said.

She and her colleagues tried to account for that, noting that daily diet-soda drinkers did tend to be heavier and more often have heart risk factors such as high blood pressure, diabetes and unhealthy cholesterol levels.

Gardener and her team studied 2,564 New York City adults who were 69 years or older at the study’s start. Over the next decade, 591 men and women had a heart attack, stroke or died of cardiovascular causes — including 31 percent of the 163 people who drank a diet soda daily at the start of the study.

Gardener said that if diet soda itself contributes to health risks, it’s not clear how.

Some research in rats suggests that artificial sweeteners can end up boosting food intake and weight, but whether these results translate to humans is unknown.

“I don’t think people should change their behavior based on this study,” Gardener said, noting that further study is needed to confirm a connection between diet soda and cardiovascular trouble.