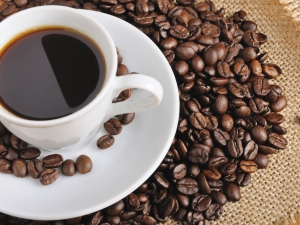 Drinking copious amounts of coffee may reduce the risk of the most common type of skin cancer, a new study finds.

Women in the study who drank more than three cups of coffee a day were 20 percent less likely to develop basal cell carcinoma, a slow-growing form of skin cancer, than those who drank less than one cup a month.

Men in the study who consumed more than three cups of coffee had a 9 percent reduction in their basal cell carcinoma risk.

Drinking coffee did not reduce the risk of melanoma, the most deadly form of skin cancer, the study found.

Basal cell carcinomas rarely spread to other parts of the body, and rarely return if they are promptly removed. However, any apparent health benefit that is found to come from our diet is a plus, the researchers say.

“Given the nearly 1 million new cases of [basal cell carcinoma] diagnosed each year in the United States, daily dietary factors with even small protective effects may have great public health impact,” said researcher Fengju Song, a dermatologist at Brigham and Women’s Hospital in Boston.

The study found an association, not a direct cause-effect link. Further research is needed to confirm the findings and investigate how coffee may act to reduce skin cancer risk.

Previous studies in animals had suggested a link between caffeine consumption and a reduced risk of skin cancer, but studies in people had not been conclusive.

Study participants were in the health care field and may have had better habits than the average person, the study said.

Caffeine in coffee may act to reduce the risk of skin cancer. Studies in animals have suggested that caffeine promotes the elimination of skin cells damaged by ultraviolet (UV) radiation.

The biggest risk factor for skin cancer is exposure to UV radiation, usually from the sun. So protective measures such as applying sunscreen are more important than your daily latte, according to the study.

The study was presented at the American Association for Cancer Research meeting in Boston. It has not been published in a scientific journal.