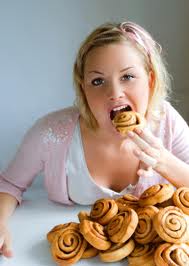 Here’s a fantastic article by Julie Stewart on how to eat less and smaller portions when at home, or out with your friends. I’ve actually heard a few of these ideas before, but this is a great list to help keep up with your New Year’s Resolution! (at least for a while)

It’s not easy being green, but it can be easy to be lean. Here’s how.

To maintain a healthy weight, do something to make yourself smile. Scientists in Brazil say serotonin, the “happy hormone,” reduces appetite, and higher levels of it make you more likely to burn fat.

In an Eastern Illinois University study, people who were given shelled (that is, naked) pistachios ate 211 calories’ worth while those who had the in-shell variety (you crack ’em open) consumed only 125 calories in the same sitting.

Put a Fork In It

Your non-dominant hand, that is. You’ll be more mindful of what you’re eating and probably end up consuming less. (Using chopsticks works, too, especially if you’re not a pro.) Just have plenty of napkins on hand.

Use a Cheat Plate

With the Portion Plate ($12, theportionplate.com) you see partitions for meat (a quarter of the plate), whole grains (another quarter), and fruits and vegetables (half the plate), along with pictures of foods in the proper serving sizes to guide you.

Add Bison to Your Protein Herd

Grill up a 3-ounce buffalo steak every now and then. It has only 148 calories and 4 grams of fat. Plus, the 26 grams of lean protein in that bison steak can keep you satisfied enough to decline dessert.

Be an Early Bird

Late risers not only eat more calories (almost 200 more at dinner and another 375 after 8 p.m.) but also eat more unhealthily than those who wake up around 8 a.m., according to a Northwestern University study.

Eat with a Woman

Men consume 37 percent less when they eat with a wife or girlfriend than when they dine out with their buddies, according to researchers at the State University of New York at Buffalo.